The Melwood Study develops a road map by which the existing employment and commercial areas can be enhanced and development opportunities maximized by addressing key issues. Issues identified include vehicular congestion and circulation as well as pedestrian circulation and connectivity, particularly to the surrounding residential neighborhoods.

The Melwood-Old Marlboro Pike study area falls within the northwestern part of the area included in the 2009 Approved Subregion 6 Master Plan and Sectional Map Amendment. 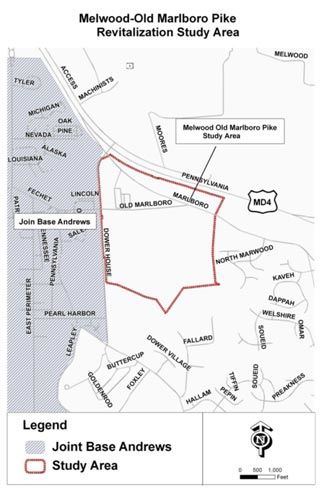